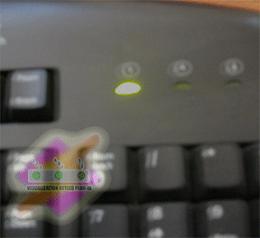 neat little plugin that will turn your led lights to a visualization effect to the music.

itS ITs aMAzing i LOvE iT its THE beST haha THANKS SO MUCH ItS AMAZIng - July 16, 2010 by jacob

Really nice...except - This is really cool... like if there is a party and your playing music i could be really cool! but if you have the sensitivity thing on HIGH its really hard to type! - April 1, 2007 by Andrew Weisz

Cool but.. - The XP bug Just gets verY annoyinG like kinda like This. BUt iT is awsoMe but I just wiSh tHis bug can get fixed. - February 24, 2007 by Kevin Phomma

thiS One woRKS as welL - But with WIN xp thEre is thiS litTle thingie.. . . BTw. wheN i use Both, ps2 and Usb keybOard at tHe same TIme tHEy boTh woRk. =) ctrL+ShiFt+k is GOod wAy to SwiTh plugiN on/oFf wHEn Writing Is NEeDed. - November 24, 2006 by jim taika

Nothing but sexy - I've got a modded computer with an el illuminated keyboard that is bound to the scroll lock button. This is the sexiest mod I have ever seen. My ENTIRE keyboard flashes with this awesome plug in. Definitely worth the download just for the show off value! - May 6, 2006 by Angie McGaha

Cool enough, but...... - I really like that the order of buttons can be changed, however it makes mouse movement very erratic. An issue I have with all of these plug-ins. - June 18, 2002 by Heath Kraft

Impressive ! Grats ! - Although this is a simple plugin, the originality eats my whole 5 stars, good work ! - November 27, 2001 by Nicholas Gurekas