Remember VISBOT 100? Yeah, it's been a while. So here we are, 4 years and 100 releases later. We figured what a pain it must be to install all of our packs or even a portion of them.The solution? Right in front of your eyes. Just a few clicks and you will be 2530 presets richer. On the downside you will miss some of a unique artwork from the original installers. You should keep them, one day these packs will make you rich! 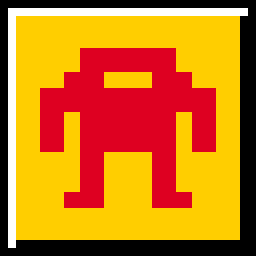 The biggest pack in the history

Well as it could be read above it's a special anniversary release containing no new presets. However it really comes handy when you just (re)installed winamp and you want to fancy up your avs collection with all the classics and masterpieces released on visbot.net or if you just found avs interesting and you're curious about what other people have done besides the default bundle presets.

@luix unfortunately, this happens all the time with most nsis installers (google for "nsis trojan"). you should cross-check it with other antivirus programs, this does NOT contain any malware! - August 19, 2010 by les Noobiens

this piece of crap totally trashed all of AVS, had to wipe Winamp and reinstall all presets, etc. STAY aWAY, YOU HAVE BEEN WARNED!!! - May 19, 2010 by [email protected]

great collection, shows how much underrated avs has been for way too long. if you slept all the years, this is the pack to start educating yourself! - November 22, 2009 by A Guy called Yathosho

thanks for the good rating. the download is working now, though the installer will soon be replaced to avoid a download. at the time of submission, winamp.com did not allow the upload of installers as huge as this one! - October 26, 2009 by VISBOT NETWORK