I made a few presets and then I just could not stop... 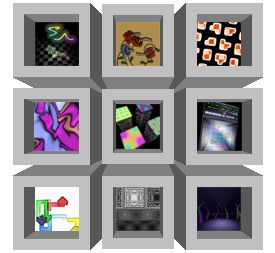 Raz' presets were definitely the highlights of the great WFC 5. A few months later, he released his third pack, and, as expected, it's damn good. In the great Monty Python-inspired intro one can already see that this is a work of a talented person who really knows what he's doing. All the ideas are executed in style. It's true that not all presets come near those from WFC (also included) in terms of quality, but that's nitpicking. There's some truly brilliant stuff in here and the 5 is well deserved. 4.75+

incredible - i can't believe i missed this pack before. it's simply amazing, certainly one of my favourite packs of all time. congratulations on creating a truly spectacular pack, ryan. - April 2, 2007 by gonzalo munoz