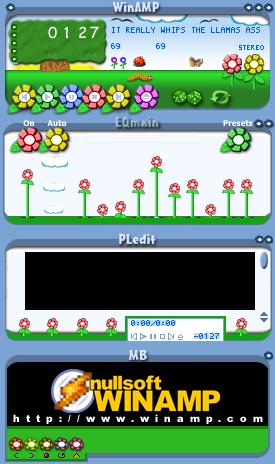 Makes me happy! Eq is fun.

Very pleasing skin. Cartoonish but oddly calming visually. I love the EQ but am less than wildly enthusiastic about the transport controls; though the colors make it easy to know what function you're hitting. Would have liked the transport buttons to be different than the EQ/Playlist buttons. Overall a fine skin.

YummiYogurt v5 - This did indeed make me feel warm fuzzies! :p It really does cheer ya up! - April 10, 2005 by Angel Noennig