Right off Batman's own Utility Belt!

Right off Batman's own Utility Belt!

Batman sets out to destroy organized crime in Gotham for good. He soon finds a rising criminal mastermind known as the Joker, who thrusts Gotham into anarchy and forces the Dark Knight ever closer to crossing the fine line between hero and vigilante. Jump into the action with the Official Dark Knight Winamp skin with links to Expressions, trailers and more. Download now! 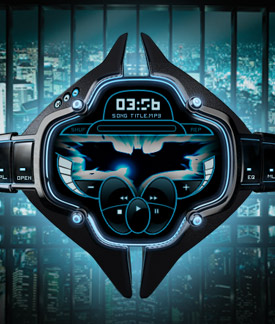 is not working on me - I've downloaded the last version of winamp, tried to install this skin but no luck. Is there anyone who experienced the same problem ? If I'm the only please Can anyone enlight me ? - July 11, 2008 by ciprian nicoara

Looks cool, but.... - It looks cool at first glance, but does not have any custom features or have toggle functions that a Batman gadget design loans itself out to. Even some Windows Media Player skins have cool toggles.And I'm a life long Batman fan, too! - July 10, 2008 by Johnathan Corrales