following the general concept of previous ones, this skin is based on team mclaren mercedes logo and mp4-20, title challenger of formula 1 2005 season. the skin has two main theme, one from istanbul, one from monaco. mp4-20 is arguably the fastest of the season and one of the best of v10 era. shame the team lost both titles despite superfast raikkonen and superfast mp4-20. title goes to lucky ones, congrats to them.

for volume buttons, check the white reflection on the team logo. 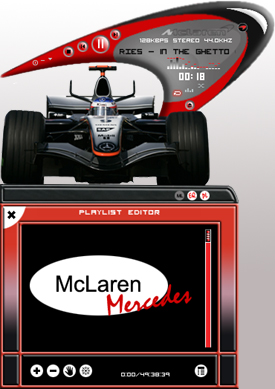