hmm.. i think i accidently submited under an acount named.. person, by mistake of course. anyway.. this is my first skin, for artex pack 6 www.artexgen.com 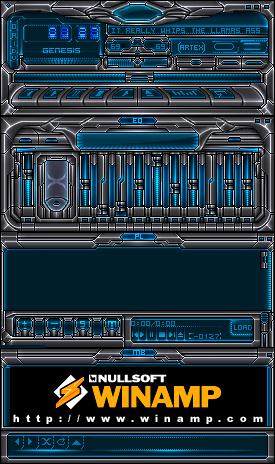 i am speechless; without speech; unable to communicate vocally. totally freakin' awesome skin. glad to have reviewed it :)

Wow - Easily one of the best skins for anything ever. Now if only I could make Windows look this good... - December 13, 2006 by Samuel Shores

The Best - Without a shadow of doubt, the best classic skin ever made, and my favourite skin overall (with energy amplifier second :P) The colours go really well together, and the "metal" on it looks really top-notch. - August 11, 2006 by Daniel Cohen