Winamp Skin Based on Steam Console

Winamp Skin Based on Steam Console

My sixth skin, also my fastest built (about an afternoon). Made in Macromedia Fireworks. 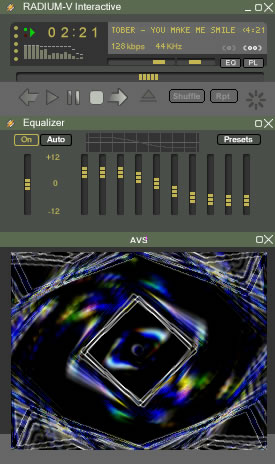 Great! - This skin is awsim!!!!1 i think its much better than the orignal winamp skin! its much easyer to see the buttons 'n' stuff!grat jobb.didnt look as much as steam but still great :D - September 17, 2008 by kure Frensdal

WOW, Where do I launch Half-Life? - This skin is amazing, I'm a massive fan of steam and the UI, and this compliments my system really well! Nice Job John! :) - June 2, 2007 by Chris Coughlan

love it - Well im sure my love for steam and valve will influence my rating but i cant help it. the bars need to be bigger, they are too skinny. But at least you got the steam look down. - May 3, 2007 by Bryan Feldman

Great skin - The person must not know what STEAM is. It is a online retailer for games, and this matches it quite well. Don't be harsh when you don't know what you're actually talking about. I shall use it. I always like the look of STEAM's default skin. - April 25, 2007 by Steven William

More like hot air then steam - The only steamy thing about this skin is that it lookes like it came from that age when engiens worked with steam! - March 27, 2007 by Tibi Ardelean