Produced by the team at Skinartistry.com


Visit Skinartistry.com for all things skinning. 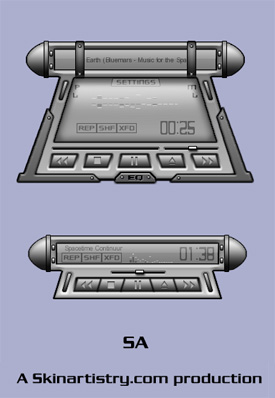 It's grey and it's alien, anything else you need to know?

Oh yes, of course, use it on your Winamp player for that future touch.

nice - nice the database has screwed this one up. I dont know if they can fix it either, sorry. - December 17, 2004 by QuadHeliX Barber