Version 2.0
Tune up your tunes with this custom WinAmp 3 skin from Pepsi Street Motion! 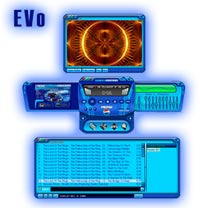 With those wings I'm not sure if it can fly, but it can play your music files real good.

This is the single worst skin EVER - The graphics are shite, the logos are hazed. You can hardly get the maki code to work properly, what a mess of a skin. Who the hell made this piece of Crap??? - October 17, 2003 by Bobby Field

gots skills - the gfx are chill, and the wings are key. now i can fly and listen to tunes without an airplane...the pics of the cars are sweet! - October 9, 2003 by benny newlman

dont republish - EVO and call it pepsi evo that is just stupid - October 8, 2003 by jeff marchant