this represents a nike ball. 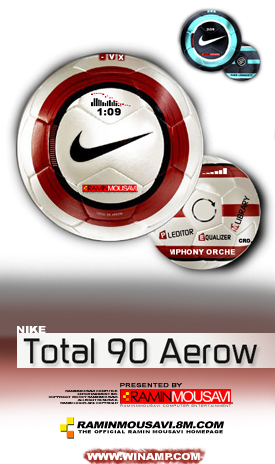 Soccerfans, here's your skin.
(second color is not very good).

Is This Finished? - To me, the skin seems like it was abandoned about halfway through, forgotten, then dug up again and submitted as-is. There are no visual indications as to where the buttons are or what they do unless you mouse over them, you can't adjust the size of anything, can't close the drawer, the other "colour scheme" is just an inverse image of the standard... All in all, the designer seems to have put more time into his self-effacing logo plastered sub-center than the skin itself... Skip this one. - November 6, 2004 by Ike Eisenhower