Nothing but good old handwritted skin...

Nothing but good old handwritted skin...

I made this skin long time ago, but i never published it. I was searching my CDs for one program yesterday and found this skin! So i decided to submit it... 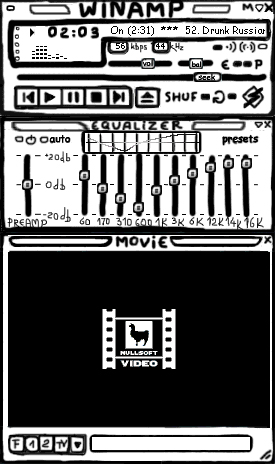 Very well done, but I bet that "handwritten" part was done with a graphics program.

Perfect! - I love this skin so much. I've been using it for awhile now and haven't found anything else satisfactory. It goes really well with my desktop image. It is just so neat and unique. - December 24, 2007 by KT Schmidt

nice - I like how it looks, i think it is a little small but sometimes smaller is better i love it - July 28, 2005 by Kyle Malone

asdf - It is original and there aren\'t much skins like this one. - January 27, 2005 by Jurgis Vaiciunas