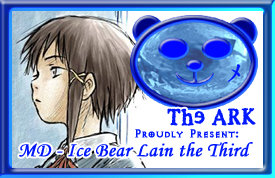 I guess it is.

The shapes in this skin are a bit crude and simplistic, but it's not that bad. Probably only for the fans.

A bit disapointed - I really tried to like this skin but the blues are far to harsh for my tastes dosnt really go along with the whole dark atmosphere of the series either so its not necessarily one for the fans nor will fans necessarily enjoy it - January 13, 2007 by Kenneth Wyatt