Ready to lay a little whup-ass on the Gotham baddies. Don't cross the Bat, or he'll bounce you into a padded room at Arkham Asylum for the Criminally Insane. 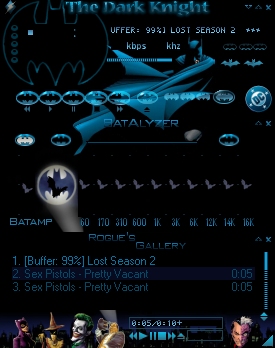 Forget about Batman for a moment. This is by far one of the best damn dark skins around. Whether you be a Bat Fan or not, you owe it to yourself to give this a look. Do it now! Holy Wow! ~ Duk

Good - The fantastic skin, own ones favourite super heroe - January 11, 2007 by Fernando Vargas