Don't cut yourself on it.Did this a while back, but i forgot to upload!?! omg! oh well.. here it is then. 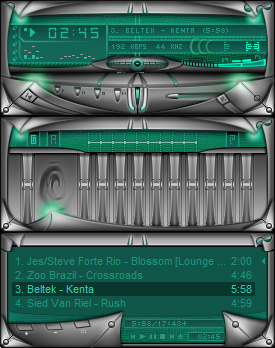 nice futuristic, machine like skin. Reminds on some Winamp3 Skins by Vica.

better skin for me - its a beautiful skin - January 1, 2009 by ronanrenz renz